Orbit One Zero aired in 1961 and was was a british science fiction radio drama where the plot involved the search for a source of gamma radiation in space and the discovery of a mysterious cylinder on a remote island. The radiation source of the cylinder becomes important to the final resolution of the story.

The Hermit’s Cave was a syndicated radio horror series which aired from 1930 to 1944. The show was originally broadcast from WJR AM in Detroit, Michigan, but later moved to KMPC AM in Los Angeles, California, with William Conrad as producer. Over 800 episodes were produced but less than 40 are currently available.

The Hermit’s Cave was narrated by the character, the Hermit, with a majority of episodes beginning with the following dialogue:
“Ghost stories, weird stories, and murders, too. The Hermit knows of them all. Turn out your lights. Turn them out. Ahhh. Have you heard the story (of) [insert episode title here]? Then listen while the Hermit tells you the

Throughout the years, the voice of the Hermit was provided by various actors beginning with John Kent and later by Charles Penman, Toby Grimmer, Klock Ryder, Mel Johnson, and John Dehner.

“Five Minute Mysteries” was broadcast on the Mutual Broadcasting System from August 10, 1947 thru to March 27, 1950. Listening carefully to every word spoken about these terrific (but brief) mysteries was essential, as each mystery was very well written. It is often difficult to come up with the right answer.

Behind the Mike was a behind-the-scenes view of radio personalities, personnel and operations. This version of the program aired from 15 Sep 1940 until 19 Apr 1942. Of the possible 83 episodes, it appears only 32 are currently known. The program was developed as a way for radio listeners to learn more of their favorite radio personalities, programs, and behind-the-scenes people who contributed to the production of radio programs. The host of the show was Graham McNamee.

Tarzan of the Apes

Tarzan was the brain child of American writer Edgar Rice Burroughs, who after having had several failed attempts at penetrating the pulp fiction scene finally made a name for himself with this jungle fantasy adventure. In 1932, the novel was adapted into a radio program that starred James Pierce as the infamous lord of the jungle, Tarzan. Coincidentally, Burroughs’ daughter Joan who happened to be Pierce’s wife also played Tarzan’s love interest, Jane. The show was an overnight success and captured a staggering number of listeners. This old time radio program was broken into three parts. Tarzan of the Apes was the first installment in the series and narrated his history and background. In 1934, Carton KaDell portrayed Tarzan in the second series, Tarzan and the Diamond of Asher. The third and final arc was serialized in 1936 entitled: The Fires of Toth. Due to its mass appeal, this old radio show was later revived in 1951 and enjoyed air time until 1952, with Lamont Johnson breathing life into the character of Tarzan once again. The political views deeply entrenched within the story allowed Tarzan to carve a place in the golden age of radio as a unique and terrifyingly original series. A world of danger and thrills await you deep in the forests of Africa, enjoy Tarzan!

The Shadow: The Little Man Who Wasn’t There

Aired in the 1950s, Planet Man was a science fiction series produced by the Palladium Radio Productions. It told the story of Dantro, a planet man who came from an organization called the League of Planets, described as “the law enforcement body for peace and justice in the celestial world.”
In the series, the headquarters for the operations of the said league was based on Planeria Rex. The League sends Dantro into the celestial world to fight or prevent any danger that may disturb the universe. Apart from the planet man Dantro, other important characters in the show were Dr. John Darrow, Engineer Slats, and Darrow’s daughter Pat. All of them joined forces to fight villains like Marston, a Martian ruler who wanted to achieve interplanetary domination.
Although the episodes and their storylines were quite predictable, many listeners were still able to find the show funny and interesting. It became popular most especially in young listeners.

The Campbell Playhouse (1938–1940) is a live CBS radio drama series directed by and starring Orson Welles. Produced by John Houseman, it was a sponsored continuation of The Mercury Theatre on the Air. The series offered 60-minute adaptations of classic plays and novels, plus some adaptations of popular motion pictures.

After the departure of Welles at the end of the second season, The Campbell Playhouse changed format as a 30-minute weekly series that ran for one season (1940–1941).

The Campbell Playhouse is also the title of an NBC television series later called Campbell Soundstage and Campbell Summer Soundstage (1952–1954). 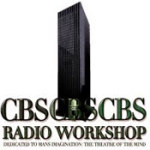 Great story from this series. A man can heal animals and people by just touching them. Many want to exploit this gift. 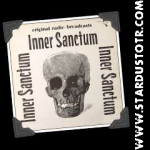