The Shadow: The Three Ghosts 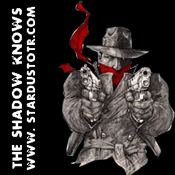 The Shadow: The Isle Of Fear

The Creaking Door was an old time radio program that originated from South Africa radio, that relied heavily on mysticism and the supernatural.  It was of the same genre as classic suspense and horror mysteries like the Inner Sanctum.  While not as popular as contemporaries of its time, the serialization found a sponsor in British American Tabacco, “State Express 555.”  The series was generally short-lived and lasted from 1964-1965 and was hosted by Peter Bloomfield. 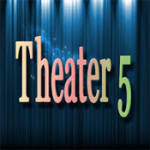 The Avenger is a fictional character whose original adventures appeared from 1939 to 1942 in The Avenger magazine, published by Street and Smith Publications. Five additional short stories were published in Clues Detective magazine from 1942 to 1943, and a sixth novelette in The Shadow magazine in 1943. Newly-written adventures were commissioned and published by Warner Brother’s Paperback Library from 1973 to 1974. The Avenger was a pulp hero who combined elements of Doc Savage and The Shadow though he was never as popular as either of these characters.

The authorship of the pulp series was credited by Street and Smith to Kenneth Robeson, the same byline that appeared on the Doc Savage stories. The “Kenneth Robeson” name was a house pseudonym used by a number of different Street & Smith writers. Most of the original Avenger stories were written by Paul Ernst.

The Avenger: Death In Mid Air 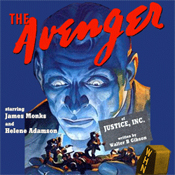 The Orson Welles Almanac (also known as Radio Almanac and The Orson Welles Comedy Show) is a 1944 CBS Radio series directed and hosted by Orson Welles. Broadcast live on the Columbia Pacific Network, the 30-minute variety program was heard Wednesdays at 9:30 p.m. ET January 26–July 19, 1944. The series was sponsored by Mobilgas and Mobiloil. Many of the shows originated from U.S. military camps, where Welles and his repertory company and guests entertained the troops with a reduced version of The Mercury Wonder Show.

The Lives of Harry Lime

The Lives of Harry Lime (original British title The Adventures of Harry Lime) was an old-time radio program produced in London, England during the 1951 to 1952 season.

Orson Welles reprized his role of Harry Lime from the celebrated 1949 film adaptation of Graham Greene’s novel The Third Man. The radio series is a “prequel” to the film, and depicts the many misadventures of con-artist Lime in a somewhat lighter tone than the character’s villainy in the film.

Most episodes would begin with “The Third Man Theme” being played, abruptly cut off by an echoing gunshot. Then Welles would speak: “That was the shot that killed Harry Lime. He died in a sewer beneath Vienna, as those of you know who saw the movie The Third Man. Yes, that was the end of Harry Lime… but it was not the beginning. Harry Lime had many lives… and I can recount all of them. How do I know? Very simple. Because my name is Harry Lime.” 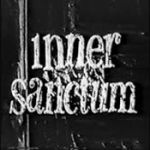 Good evening friends of the Inner Sanctum. This is your host bidding you welcome to another little jam session behind the squeaking door.

Suspense: The Thing In The Window 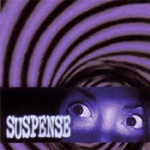 A man keeps seeing a cadaver, through an open window, belonging to another apartment building across the street.  No one else can see the body.